Today I’ve got something super duper exciting to share with you because it’s finally my stop for a highly anticipated new release NEXT YEAR, written by a brand-new author I’ve never featured before. And yes! You guess it right; I’m talking (and gushing) about FEATHER, the first book in Angels of Elysium series, magically written by Olivia Wildenstein. ❤ First thing first, this is a new adult paranormal romance with the whole story surrounding the Angel’s politics and its complicated world in general.

All I can say is that THIS BOOK HAS EASILY BECOME ONE OF THE BEST READS I’VE HAD THIS YEAR and I so do not expect that in the first place. :DDDDD Anyways, before I start fangirling (and bawling my eyes out) about our beloved main characters, Leigh and Jarod, let’s get this blog tour party started, shall we???

END_OF_DOCUMENT_TOKEN_TO_BE_REPLACED

Hi, everyone! Today I’m bringing you another awesome blog tour from the one and only Xpresso Tours and I can’t be more excited. Sit back, relax, and join me in this tour!

You’ll find the book info for Mind Games by Shana Silver, which is out now, tour-wide giveaway, and my short review in the following content. So, what are you waiting for?

END_OF_DOCUMENT_TOKEN_TO_BE_REPLACED 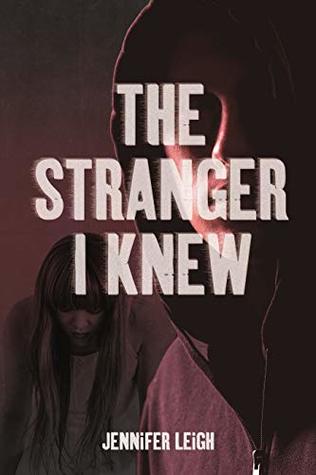 Angela Nash is on track to being the youngest cheer captain at Falsetto High. That is until she is kidnapped by someone who can’t possibly be a stranger. Yet, she doesn’t know who he is. Her fate on the cheer team is on the line as Angie tries to escape the stranger she knew.

END_OF_DOCUMENT_TOKEN_TO_BE_REPLACED

How’s your week? If it weren’t an ordinary one, I hope it’s fabulous! 🙂 Mine was pretty typical as usual…until the cover drop for a book I’m highly anticipating came my way. ❤ Yep, you’ve got it right; it’s Jennifer Bardsley’s Narcosis Room indeed! It’s been FOREVER since I last participated in anything OWL HOLLOW PRESS related and for those who doesn’t know OHP, it’s a one-of-a-kind, created-by-the-most-amazing-people-in-the-world indie publisher, aiming to publish great books in genre fiction, contemporary, and non-fiction books.

Back to Narcosis Room, it’s a sci-fi novel which will be published in 2019 and let’s learn more about it…

P.S. There’ll be a giveaway by the end of the post so just keep reading on!

END_OF_DOCUMENT_TOKEN_TO_BE_REPLACED 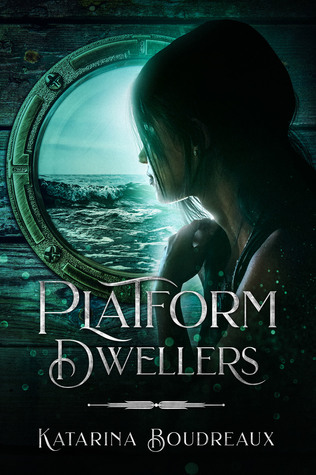 On the remnants of oil platforms in the Gulf of Mexico and Dauphin Island, Joe is a typical Nob Platform teenager, except that her Mom left a year ago for a more social Platform, and her Dad sometimes forgets she exists. But she knows she wants a career in Communications, so her high school senior project “See-Saw” focuses on long-distance underwater connections. Drayton, Joe’s best friend, discovers lights moving on Land at the same time Joe picks up SOS signals with her See-Saw.

Though Land has been silent since technology was destroyed during the Moralist Revolution, Joe and Drayton discover that the Platform Planning Commission (PPC) seems to be ultimately responsible for the Bone Virus that precipitated the Revolution. They enlist the help of Flox, a debunked scientist, to take them to Land to investigate the remnants of human Land society—before the PPC can stop them. What they find on Land will forever change the course of their lives and the lives of all Platform Dwellers.

END_OF_DOCUMENT_TOKEN_TO_BE_REPLACED

How’s your week so far? I hope you’re doing great. 🙂

Today I’m excited to reveal another gorgeous cover for one of my all-time-favorite authors, Emma Scott‘s new book, One Good Man. Technically, it’s not a new story since it’s already published in Team Player, an anthology written by Emma along with 10 other authors back in 2017, BUT she promised there’d be an EXTENDED EPILOGUE, , in this standalone; hence, there’s no way I’m turning down this fantastic opportunity to spread the word about it. *wiggling eyebrows*

Without further ado, let’s check the stunning cover out, shall we?

END_OF_DOCUMENT_TOKEN_TO_BE_REPLACED

Ever since last year’s homecoming dance, best friends-turned-best enemies Zorie and Lennon have made an art of avoiding each other. It doesn’t hurt that their families are the modern day, Californian version of the Montagues and Capulets.

But when a group camping trip goes south, Zorie and Lennon find themselves stranded in the wilderness. Alone. Together.

What could go wrong?

With no one but each other for company, Zorie and Lennon have no choice but to hash out their issues via witty jabs and insults as they try to make their way to safety. But fighting each other while also fighting off the forces of nature makes getting out of the woods in one piece less and less likely.

And as the two travel deeper into Northern California’s rugged backcountry, secrets and hidden feelings surface. But can Zorie and Lennon’s rekindled connection survive out in the real world? Or was it just a result of the fresh forest air and the magic of the twinkling stars? (From: Goodreads)

END_OF_DOCUMENT_TOKEN_TO_BE_REPLACED

A resourceful boy takes a glowing sailboat across the stars to search for his long-missing parents and becomes the target of pirates and an evil cabal with a sinister agenda.

Twelve-year-old Jake Flynn’s parents disappeared when he was a baby. On his twelfth birthday, the mystery of why his parent’s disappeared begins to unravel for he discovers a glowing talisman with a message from his father.

Jake is directed to a derelict sailboat, and he watches in awe as the talisman magically knits ropes and sails for it out of golden energy. Awash in light, the boat sails up into space, and the voyages of Jake Flynn begin.

During his quest to find his parents, Jake will encounter space pirates in tall sailing ships, channelers that can wield energy like magic, and evil cabalists led by a sinister snake-woman. Assisted by a young healer and her aged protector, a spirited cabin girl and salty space captain, Jake learns that he can too channel, and that he is central to stopping the cabalists from resurrecting a long-dead evil.
Puzzles, a pirate asteroid, walking the plank, fantastic magic, trapped treasure caves, multiple planets, and great ship battles – Jake must experience them all on this epic adventure. By the end, he will discover the truth of his destiny, understand that family transcends blood lines, and find that his own needs are sometimes less important than those of others.

Like other popular fantasy series, The Voyages of Jake Flynn: Destiny’s Gambit can appeal to the young and old alike. (From: Goodreads)

END_OF_DOCUMENT_TOKEN_TO_BE_REPLACED

For Penny Lee high school was a total nonevent. Her friends were okay, her grades were fine, and while she somehow managed to land a boyfriend, he doesn’t actually know anything about her. When Penny heads to college in Austin, Texas, to learn how to become a writer, it’s seventy-nine miles and a zillion light years away from everything she can’t wait to leave behind.

Sam’s stuck. Literally, figuratively, emotionally, financially. He works at a café and sleeps there too, on a mattress on the floor of an empty storage room upstairs. He knows that this is the god-awful chapter of his life that will serve as inspiration for when he’s a famous movie director but right this second the seventeen bucks in his checking account and his dying laptop are really testing him.

When Sam and Penny cross paths it’s less meet-cute and more a collision of unbearable awkwardness. Still, they swap numbers and stay in touch—via text—and soon become digitally inseparable, sharing their deepest anxieties and secret dreams without the humiliating weirdness of having to see each other. (From: Goodreads)

END_OF_DOCUMENT_TOKEN_TO_BE_REPLACED

I’m so pleased to have such an incredible chance to spread the word about my latest favorite book, Pen & Xander by Laekan Zea Kemp. In today’s post, you’ll find some intriguing excerpts, book-related photos and a HUGE giveaway with LOTS of winners.

In case you’re wondering, I’m currently dealing with some family crisis so can’t really read or review anything. Although I still have a couple of books that I requested long time ago that are desperately in need of reviews, I just hope I can manage to write them.