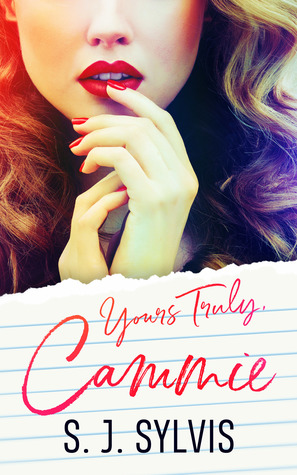 I follow one rule in life: Don’t get involved with a Marine.

After this past year of heart-wrenching misery, and an entire childhood as daughter of one of the highest ranked officers in the Marine Corps, I’ve had enough of saying goodbye. I’ve had enough heartbreak to last me a lifetime.

But in an attempt to avoid an awkward run-in with a previous blind date, whom I may or may not have abandoned mid-dinner, I found myself standing in an exam room with Lucas Wells. He was exceptionally handsome on the outside, but the second he started to run that egotistical mouth of his, I wanted to do one of two things: smack him or kiss him.

Lucas Wells, the United States Marine, has me bending my rule in more ways than one.

But the real question is, will I succumb to breaking my rule altogether, or will he break me before I even get the chance? (From: Goodreads)

”I’m just saying, sometimes you have to take the big leap and fall, because you just might like the ground you land on.”

To summarize Yours Truly, Cammie in one sentence, it’s about how Cammie tries very hard NOT to fall for Luke, who serves in the U.S. Marine Corps, but fails miserably.

The story actually starts pretty promisingly, with Cammie’s determination of never dating a Marine due to her brother’s tragedy but later finds herself sexually attracted to this hot Marine neighbor, Luke. I love how Cammie and Luke met in the hospital, their bantering and joking around, and their pranks on each other. What I adore more is definitely Cammie’s friends, JoJo and Ryan, one of the cutest couples in the coupledom. JoJo has such a lovely personality that she’s always so thoughtful and genuine whenever Cammie asks her for dating tips or love-life-101.

”But when you love someone, none of that matters, Cammie. None of it. Even if Ryan had died in Afghanistan on his last deployment, I wouldn’t do a damn thing different. His love and our life would be worth every single heartbreak that you’ve felt every day of your life since Alexander didn’t come home.”

To be real honest, I actually LOVE the secondary characters like JoJo much more than Cammie or Luke mainly because it all seems very natural and sweet for Cammie and Luke to develop something more than friends…until they both can’t control the sexual tension anymore all of a sudden.

Great, now that I had actually had his dick inside me, it was all I wanted. I’d never tried drugs before, but I was guessing that Luke’s dick had very similar addictive qualities.

Don’t get me wrong, the first 40% or 50% of the story really builds up my anticipation for the lovebirds, which truly is something worthy of savoring if everything went well, but ever since Cammie and Luke let their insatiable desire win, a.k.a. all those one-night stand, two-night stand, or even all-the-time stand thingy, I’ve changed my perspective about them completely. And unfortunately, they do not impress me as much as I hope.

I know the ending is supposed to be a happy and heart-warming one because Cammie and Luke eventually spill their secrets (yes, there are lots of secrets involved when it comes to Cammie’s traumatic experience as well as Luke’s) and they both learn so much about each other, gaining better mutual trust in their romantic relationship of their own accord. However, since their romance is simply based on physical attraction in the first place without much depth I’d like to see in relationship buildings, their happy ending sadly doesn’t mean that much to me.

All in all, even though I want to enjoy Yours Truly, Cammie more, there are some unforgettably adorable moments among Cammie, Luke, JoJo, Ryan, and their Marine friends, so I’m glad to say I would still recommend this book to those who’d like a quick, fun, swoon-worthy summer read!

***Thanks to the author for sending me an e-ARC in exchange for an honest review.***